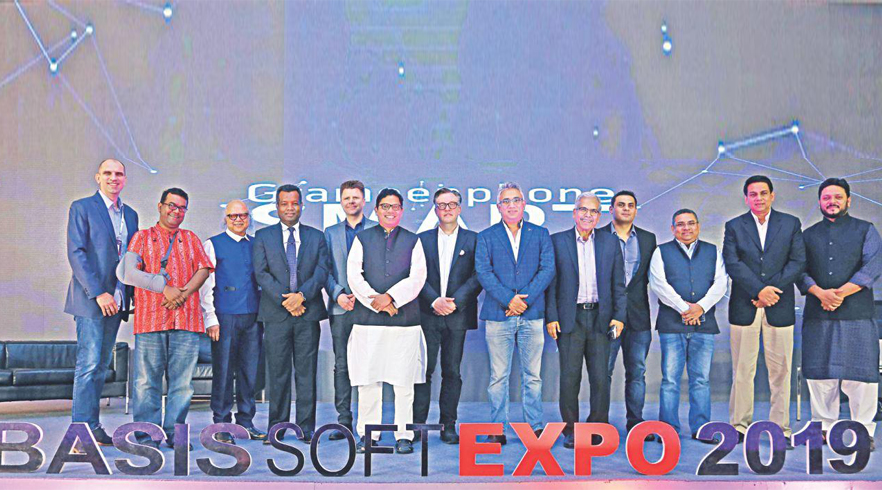 DataSoft to roll out 4 IoT devices next month

The devices would send alerts to one’s mobile phone in case of gas and water leakages, smoke and intrusion in the house.

To avail the services of all four devices customers will have to pay Tk 7,999 in the first year and Tk 2,999 after that.

“Our young IoT engineers are developing these solutions,” said Mahboob Zaman, managing director of DataSoft Systems Bangladesh Ltd, adding the devices would improve the lives of people and digitalise businesses.

DataSoft, which earlier solved the water supply crisis faced by residents of Mecca, Saudi Arabia using the same technology, is taking pre-orders for the four devices at its stall in the 15th edition of the BASIS SoftExpo 2019 currently taking place in the International Convention City Bashundhara.

The devices were manufactured at DataSoft’s plant at the Bangabandhu Hi-Tech City in Gazipur.

“These devices are completely homegrown,” Zaman said, adding that DataSoft is taking orders for other IoT devices during the three-day exposition.

Within the next few years IoT systems, whose use are now widespread in developed countries, will significantly cut down on wastage of human hours, said Hasan Rahman Ratan, managing director of Datasoft Manufacturing & Assembly Inc.

“The industry is going through an evolution. Lots of companies are now engaged with developing IoT solutions,” he added.

One such firm is Inovace Technologies, which has developed a device that will give automated alerts to guardians of their ward’s attendance in school. “In the coming days IoT devices will dominate the industry,” said Minhaz Khan, managing director of Inovace Technologies.

Bangla Trac, another local company, developed IoT solutions for vehicles. The company tied up with Grameenphone to market the devices. Grameenphone is keen on partnering with companies that are engaged with IoT device development with a view to digitalising people’s lives.

The leading mobile phone operator organised an event on the first day of the BASIS SoftExpo showcasing its IoT partners.

“IoT is the reality now,” said Zunaid Ahmed Palak, state minister for ICT, at the event. About 2.5 billion devices are currently connected with IoT, he said.

“So, there is no way one can deny the innovation, which might cut some jobs but at the same time generate new ones,” he added. More than 10 lakh jobs were created in the ICT sector in the past ten years and the industry will add another three lakh jobs over the next couple of years, Palak said, while inaugurating the expo.

The government is heavily investing on the digitalisation process with a view to making citizen service easier and generating jobs in the coming days, he added.