DataSoft-20 Years of Innovation and Success 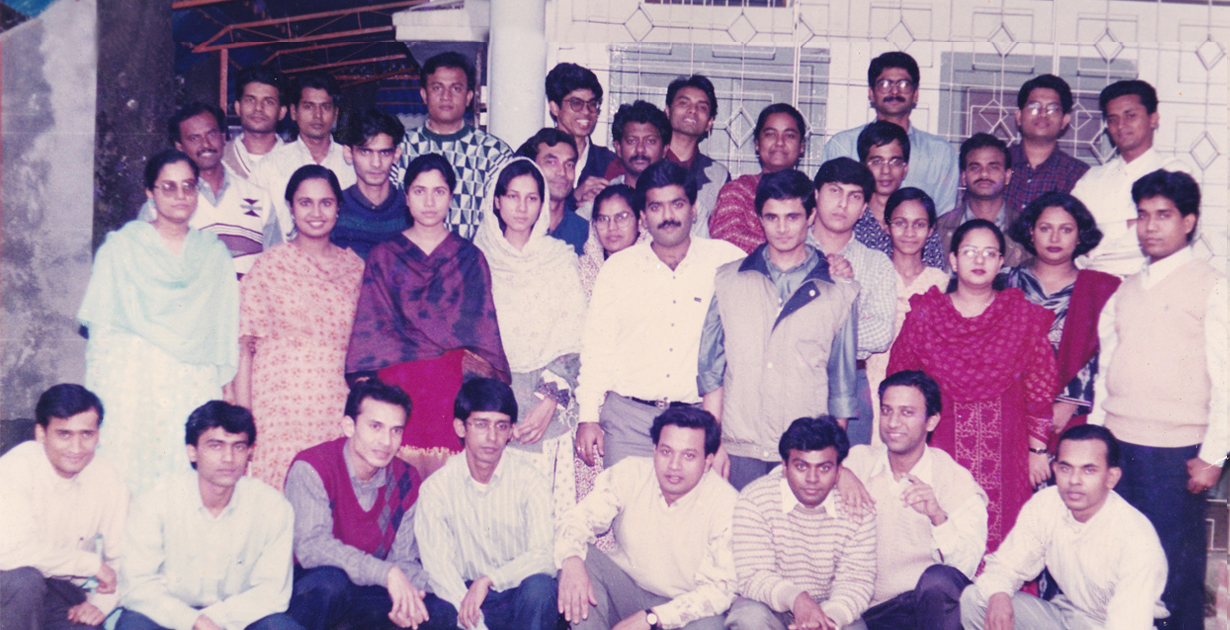 DataSoft started its journey with handpicked 25 people from 1288 applicants in 1998 with a vision to develop world class Application Software Solution and build up resource pool to cater home and overseas market .The members of the first batch are now working worldwide with innovative minds & commitment, bringing goodwill & fame for Bangladesh and themselves.

Chittagong Custom House Automation is one of the most commendable project by DataSoft. The automation depicted the BOOT model; transformed the whole process from 42 steps to only 6 steps. This elevated the earning of custom house from Tk. 12,100 to 25,300 crore. It also reduced the cost of doing business by at least 70% and saved 80% of custom processing time. This project experience & business model is being taught in Australia National University as Business Case Study. Who would have thought that a Bangladeshi company would expand its business in Japan, that too in tech industry? DataSoft Systems Bangladesh Limited became the first IT company to open its office in Japan to cater the market need of Japan from Bangladesh. This historic leap came with the astounding initiative to train and groom 300 IoT Engineers for Japan market at the same time. In the very beginning of 2016, DataSoft becomes the first company in Bangladesh to achieve the highest recognition, a software firm could have, in the world for its engineering capabilities and high maturity in applications- CMMi level 5. A ground- breaking achievement that took Bangladesh’s IT industry to a new Height and also demonstrated Bangladesh’s capacity to reach global benchmark in offering world class IT products and services. 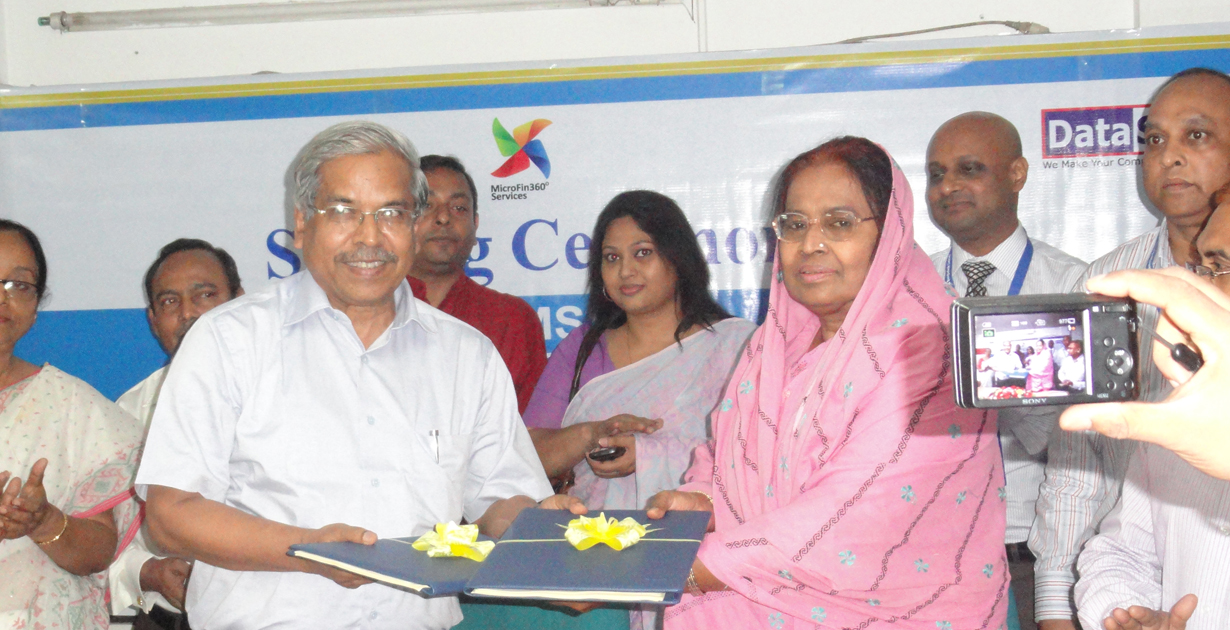 Microfin360 is a pioneer microcredit automation platform and one of the smartest Micro Finance Solutions available in Bangladesh. It made a major breakthrough by reaching the milestone of signing over 100 MFIs with branches more than 4000 in mid 2016. Thengamara Mohila Sabuj Sangha (TMSS) is one of the earliest automation partner who has been with DataSoft throughout this successful journey. 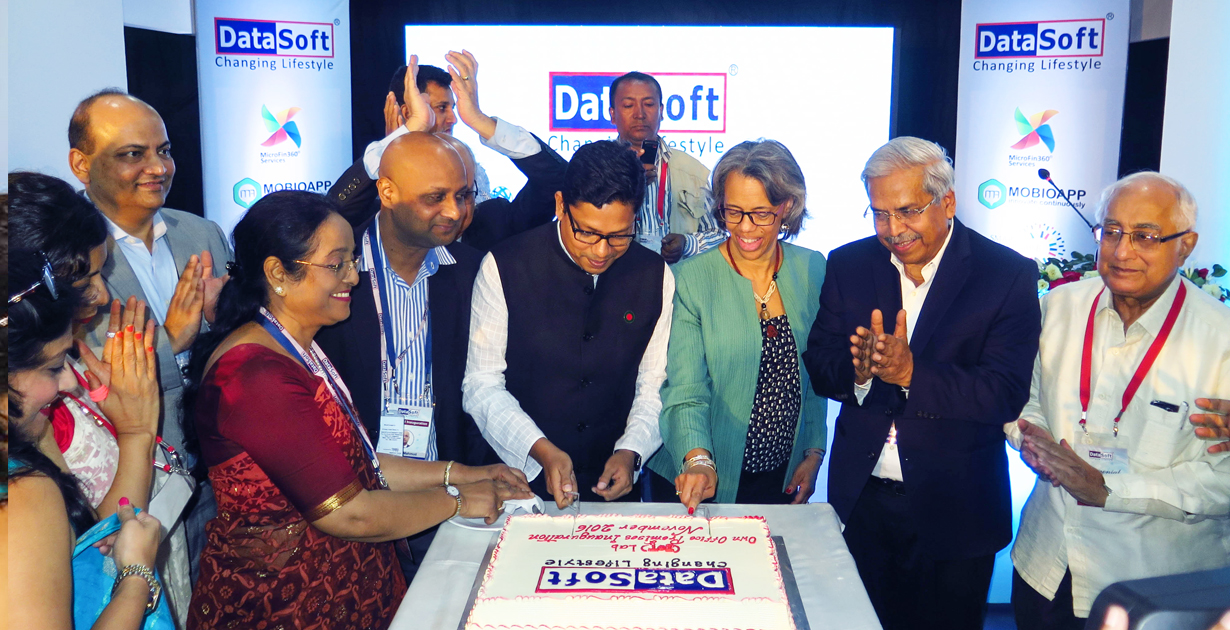 DataSoft launched country’s first state-of-the-art Internet of Things (IoT) lab at it’s head office in Shyamoli ,Dhaka , where about 300 engineers are going to sign up for a four-month course on IoT systems. The lab is a result of collaboration between the US, Japan and Bangladesh . Michael Wang, a Columbia University professor, is coordinating the course. At the event, DataSoft also has been declared as a private hi-tech park that inspired the company to go into further innovations. DataSoft in collaboration with Fyne Tech launched country’s first payment app and first mobile wallet with Dutch Bangla Bank Limited as acquiring bank to facilitate smartphone users to make payments at any retail outlet with their smartphone. The application maintains international security standard as per regulations given by VISA, Mastercard and Bangladesh Bank. 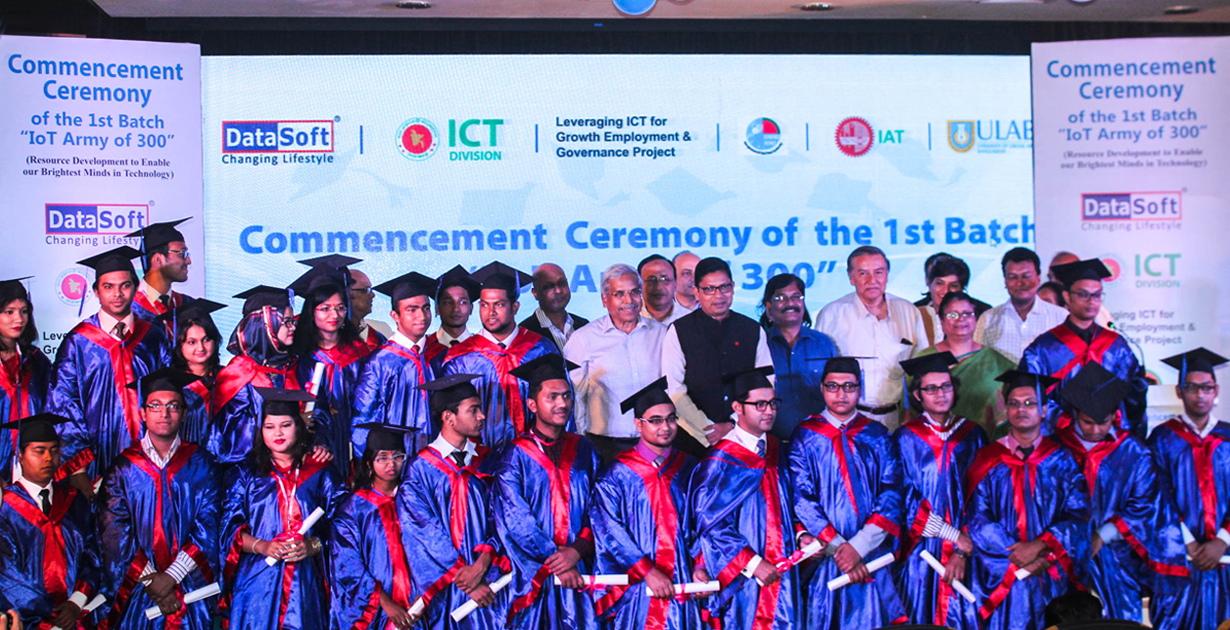 Technology as we are talking about it, is changing. DataSoft as a company, we acknowledge dynamics of tech industry and vow to equip ourselves as well as our country with resources in cutting edge skill domains. To that end, DataSoft is recruiting and training to develop and army of 300 IoT Engineers. Already, first batch of students graduated and started working in futuristic projects. 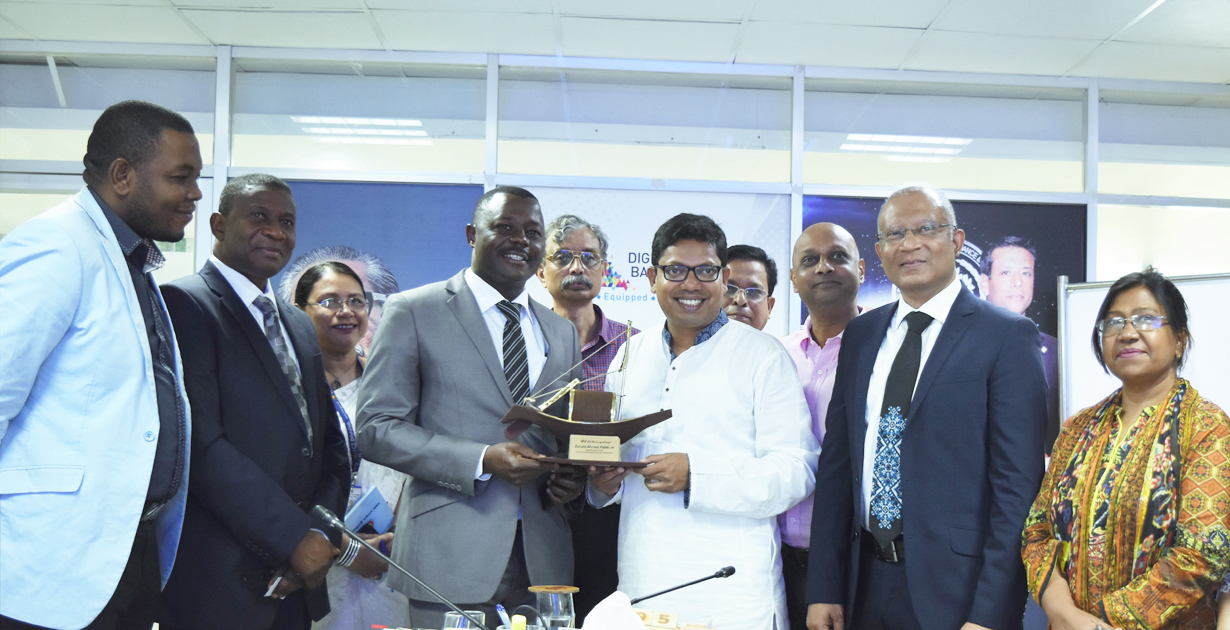 DataSoft has signed a historic agreement with the Ministry of Transport & Communication Channels of the Democratic Republic of Congo (DRC) in 2017 to advise and install IoT based Toll Management Solution for DRC’s iconic Matadi Bridge. DataSoft encompasses the most diversified and latest skill domains heading toe to toe with first world countries. In line with that, a proud moment for DataSoft where honorable Prime Minister Sheikh Hasina is experiencing cricket game in virtual reality developed by DataSoft VR Lab.

First Time Export of IoT Devices from Bangladesh by DataSoft 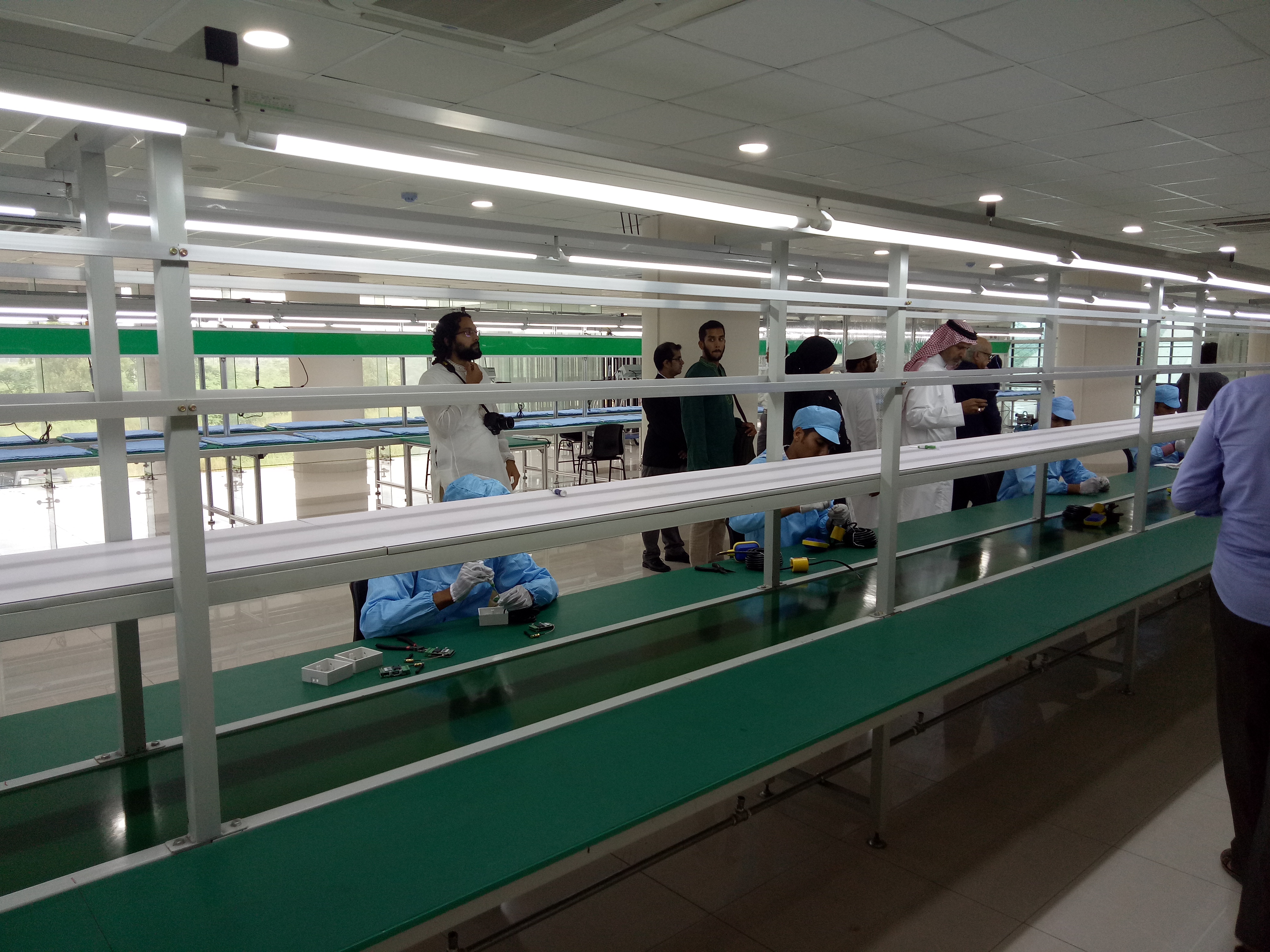 DataSoft Manufacturing and Assembly Inc. developed an IoT Device to solve the water supply crisis faced by Mecca, Saudi Arabia. Mecca-based SaknAlwantaniya will initially take about 5,000 units of the state-of-the-art device, which will be installed inside the water tanks. . The households will get an alert when the water level in the portabletanks is indicating a change or refill is in order.More orders will be placed depending on the efficacy of the IoT devices. Shipment will start from July 31 with a batch of 100 units, which happens to be the first ever export from Bangabandhu Hi-Tech City. 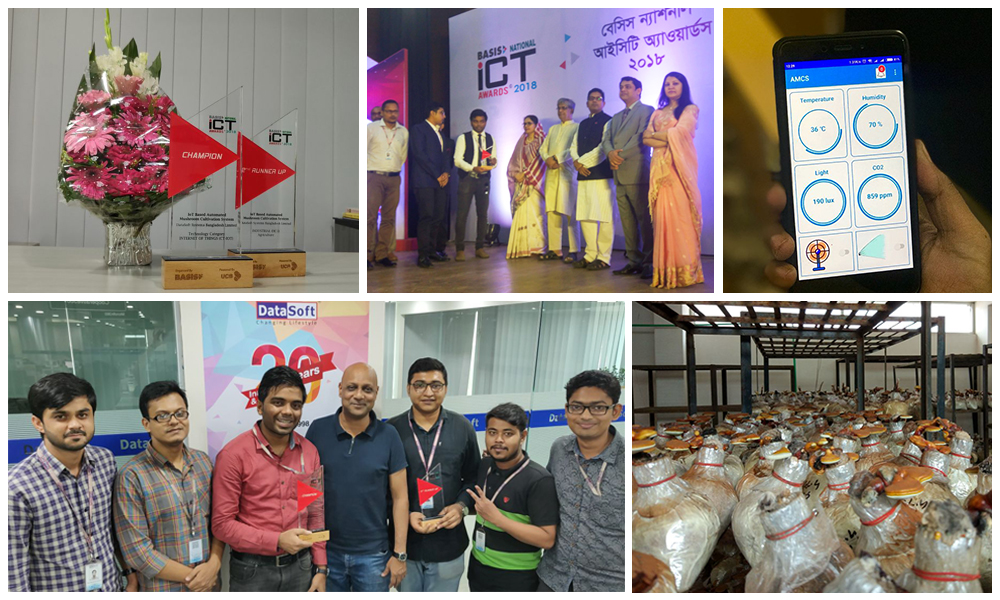 Cloud & Artificial Intelligence driven IoT solutions from DataSoft sets it apart from the others. Machine Learning algorithm enables the system to take decision & sets optimal parameters depending on the changing micro – climate. Our intelligent system is constantly evolving hosted in the cloud computing, depending on the locations where the solution is implemented.